The first hotels appeared in the high antiquity, when people had to travel actively in trade or attractions. Go-getting people started to organize their guesthouses and later – hotels. The most of those hotels was ruined or rebuilt to be the museum. Nevertheless, you can find the hotels that are very old.

Hoshi is the oldest hotel in the world. It was built in 717 century before Christ. This is the traditional Japanese hotel. The rooms are separated from one another with the paper walls and corridors. There is no furniture in the rooms. You have to sleep on the floor on a thin futon. You can find the tea table in every room. There is no bathroom. You may have a bath in sauna. What is more, this is your chance to restore your health in the natural thermal bathes. By the way, the hotel is owned by the same family for 1300 years. You can also find the traditional Japanese suits and special honorable guesthouses.

The price for one night with the breakfast and dinner is 350 USD. 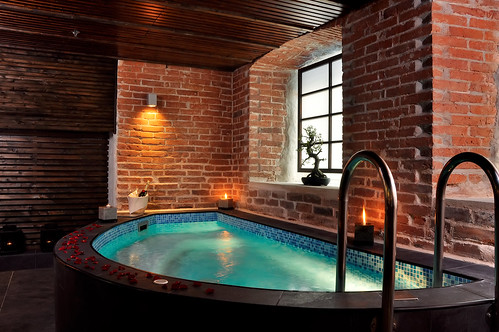 This is the oldest hotel in Venice. It was founded in the 12th century. The hotel interiors are decorated with the works of Giovanni Battista Tiepolo. The building was restored in 1992 to give it the old-fashioned historical face and charm. This is a popular place to stay for the Hollywood stars, politicians and other celebrities. There is also a private wharf for gondolas and cutters. The hotel is famous of its cuisine. The chef of the hotel restaurant is virtuoso in cooking and restoring the ancient recipes. The hotel wineries are full of the vintage wines from all over the world.

The price for one night is about 400 EUR.

This Roman hotel has been working for 6 centuries, since 1467. That was the place to stay for all politicians, celebrities, artists. It was firstly named as La Locanda. The hotel changed its owner in 1510. It was the witness of the historical events, such as, water flood, pillage of Roman and provinces and other tragedies. The hotel was bought by the Ruffini’s family in the 16th century to get the name Locanda Del Sole. Traditionally, all historical personalities of that age came to stay there. The price for one night is 520 EUR with breakfast.

The hotel was built in the 16th century. The first honorable visitor was Ralf Thorsby, who stayed in the hotel on his way to London. The hotel impressed him with the hospitable and friendly atmosphere and high service. He advised the hotel to stay to all his friends. Actually, the hotel became more and more popular. That was time when Ye Olde Bell became the most favorite place to have rest. The hotel was bought by George Clark in the 19th century. He was a horse lover. He built the horse stable for more than 120 animals.

The hotel was widely used by the French and British cinema studios in the 20th century. There lived many popular people at that time, Charles Chaplin, Oliver Reed, Joan Crawford and others. The price for one night is about 75 pounds with breakfast. 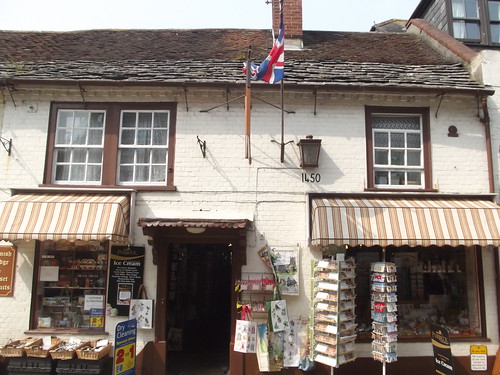 This 5 stars hotel occupies the territory of the Middle-Age snow-white castle to be the ancient and honorable heritage. The legend says that there is a big treasure in the territory of the castle. The castle is located in Provence, 12 kilometers far from the Mediterranean Sea and 20 minutes driving from Nice. It was time when there was a big fortification complex. You can see a bridge of that time. It is still like new. The castle was presented to the Provence Order of Knights Templars in 1115. It was established the French Abbey.

The hotel interior is organized in authentic style: antique furniture, pictures, dated with the 18th century, ceramics, wall hanging. There is an olive grove around the castle with the world-popular Provence olives. The hotel is also specialized in producing the high quality olive oil. The hotel restaurant La Commanderie has got the Michelin prize! The price per one night in the hotel is about 360 EUR with breakfast.

This is the 5 stars hotel, situated in Germany. This is the oldest hotel in Germany. It is firstly mentioned in the documents of 1486. That was time when the hotel was organized as a public sauna. Nevertheless, the new owner rebuilt that place to make the hotel. Just dozens of people lived in the city. The waters of Wiesbaden became popular all over the Europe. The hotel became popular too. It welcomed genius Goethe and other public persons. The price for one night is about 600 EUR with breakfast.

The hotel is situated in the central Turkey. It was the popular abbey in the 18th century. This hotel was especially good for the picturesque landscapes around. All visitors can feel themselves the real monks in the ancient abbey with its cold stony rooms and no furniture. If you want to have comfortable vacation, you should ask for the standard modern suit. There are the ancient frescos on the wall that are more than a thousand of years. They make the hotel especially unique. You can book the ascetic room for two for 90 USD. The modern suit costs about 500 USD. You are also offered to taste apricots, milk and honey in the every suit. 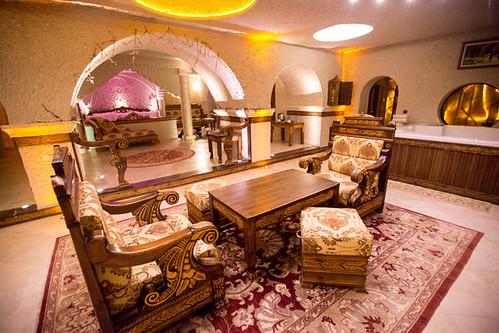 The Swiss hotel Interlaken is considered to be the oldest and the most prestigious hotels in the country. It is situated in the small but glorious city of the same name. You can hire a car in Zurich and drive along for a couple of hours. The city is amazing! This is the unique combination of modern and ancient style with all necessary conveniences. The part of the building is dated of the 15th century. There is a new building around it. You can see the admirable view to the Interlaken Japanese Garden.